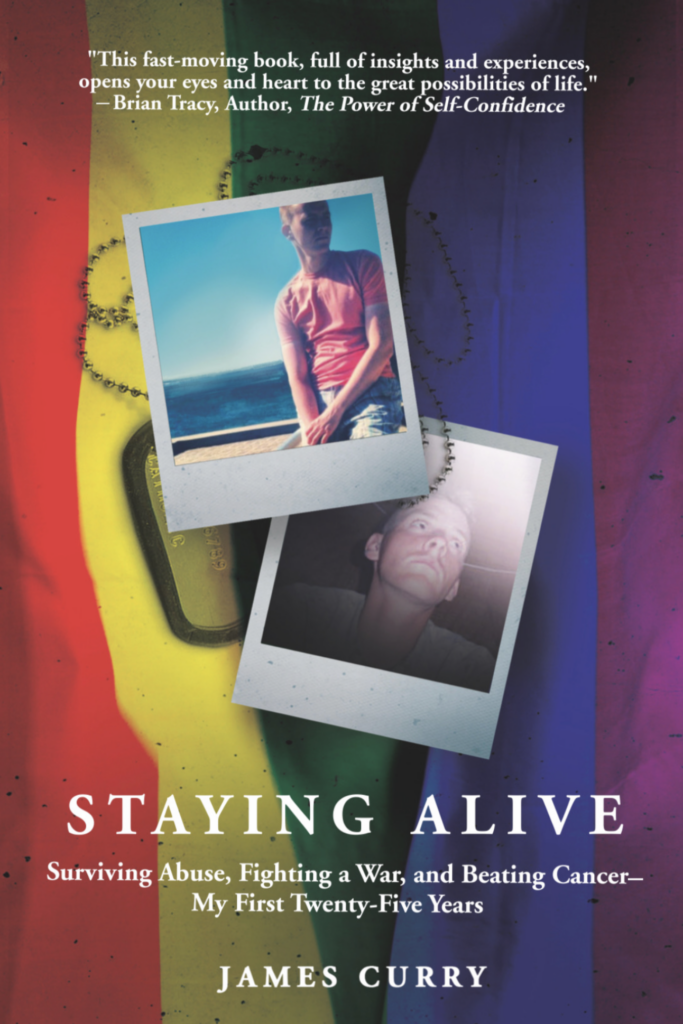 In the new book STAYING ALIVE, James Curry,  an Emmy-Award winning network news journalist, makes his literary debut with a harrowing coming-of- age story, encompassing early childhood abuse, military combat in the Iraq War, a life-threatening battle with cancer, and homelessness—ALL before the age of 25.

Though he battles war and Non-Hodgkin’s lymphoma, Curry survives and becomes the youngest ever producer hired by CNN. It’s a remarkable story of true grit, demonstrating one young man’s ability to stare down death: “I learned that a battle is not a defeat, that an illness is not a curse, and that no adversity is too big to conquer.” 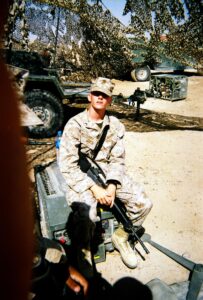 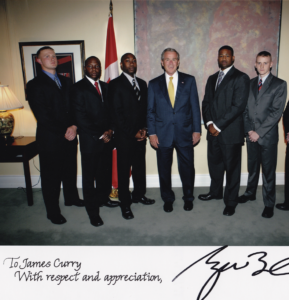 During the time we were working on this book together, the goal was to capture the drama of a young man’s anguish and shock, both on the battlefield and in the cancer ward, bringing to life these cinematic moments. We were trying to think of the best title for the book and the Bee Gees song STAYING ALIVE seemed perfect to us. 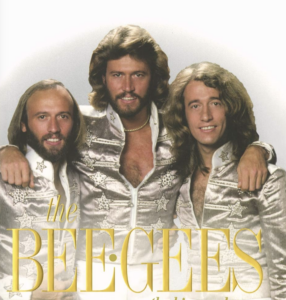 For example, undergoing painful chemotherapy, the author recounts: “I’ve never been so sick in my life. I was constantly nauseous and vomiting, in addition to coping with hot flashes, bleeding, shortness of breath, difficulty swallowing, and mood swings. I lost all of my hair—and 30 pounds. I couldn’t even look at real food. 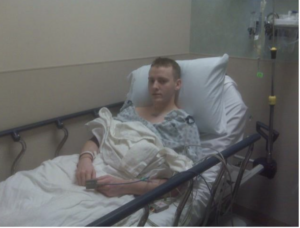 “Even though my own doctor thought I was going to be dead in a year, I refused to believe it. I consciously made a decision that cancer wasn’t going to kill me–or dictate how I lived my life. Even on the worst of days, you can’t let it defeat you. I never missed work—not once. It was the only thing that kept me sane. I wouldn’t quit.”

The roiling anger and defiant spirit within him was honed in pain. As we learn, Curry had a tumultuous relationship with his family, denigrated by his step-father, provoked by continuous homophobic taunts. (Curry would discover his gay identity in a positive sense while in the Marines, having a love affair that is described with all its emotional complexity in the an age of ‘Don’t Ask, Don’t Tell.)  Despite the residual bitterness about his family (which provoked him to abruptly enlist in the Marines at 17), Curry was able to let go of the past and all the resentment and anger that went along with it. 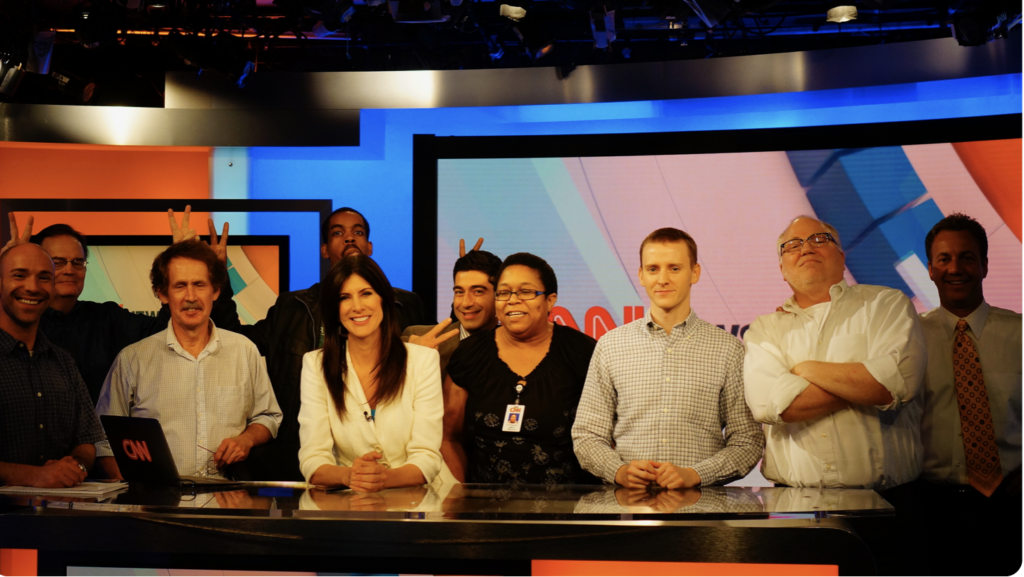 On the set at CNN

“Now I’m very emotional. I can finally cry, at any time, in front of anyone. I can open up to friends about how much they mean to me–with words I would have previously been embarrassed to say out loud.

“I’m also much more physically demonstrative. That I learned in cancer wards, where displays of affection surround you. So cancer taught me that being discreet, or worrying about what other people think, is something we don’t have time for. We’ve been humbled. And cancer has freed us to say and do the things we knew we should be doing all along. That’s being human. That’s being a man. And that’s a lesson that, as a guy in my 20’s, I might have learned much later on—or not at all. But I learned it in a cancer ward.”

You’ll be inspired as I was by the author’s incredible journey, seven years in the making, and well worth it.

And not least important to me as an editor, one of the great benefits of meeting James was becoming good friends with him. He was even kind enough to feature me on his podcast, which was fun, turning the microphone around. He is adept in all his roles as a producer, interviewer, interviewee, and author. Don’t miss his book. It’s a great read.